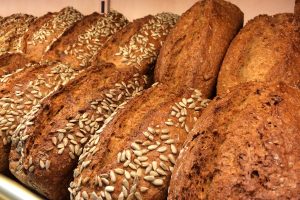 Intro, or What It Is All About

I would like to share some of my earliest business experience through the lenses of two of the most simple business analysis frameworks, which are also two of the most fundamental ones. The first one comes from the economics theory and the second one – from strategic business analysis. I really wish I had this knowledge when I started my business – it would have spared me a lot of hard time. Nevertheless, I hope there would be some people who are in the beginning of their own business. I hope the few lines I have dropped below would give them some direction of their business planning. When we start a business, we have the rare opportunity to choose the direction of our whole life. It would be a pity to waste such a chance.

At the age of 20 I started my own business path. I had no previous business experience, I had no business education of any type, I had no idea what to do. But I knew I wanted to be a business owner. So I decided to open a bakery. The rationale behind this decision was that as far as there are human beings, there would be a business for me (everyone eats bread, right?).

I had to learn in the hard way what organising a production as a small business means. I experienced all possible problems that a business could encounter.

Personnel problems are ones of the most common problems every business owner faces – low trained workers, high personal turnover, difficult control. Next group of problems are the ones that are purely production oriented  – different equipment breaks, low quality materials , difficulties in controlling production processes and operations. All of these problems reflected eventually in a poor quality of bread.

On the other side there were different business organisational problems, like logistics problems, marketing problems, and financial problems. But the worst, and less expected was the severe competition I had to deal.

What happened eventually – I stayed on the market for several years, I paid back all of the loans and eventually, closed the business at a zero profit and moved along.

What Did I Do Wrong?

Well, years later I put a pair of business goggles and I had a look at my bakery experience. It turned out that the whole undertaking had been doomed since the very beginning. Why?

First, apparently, I entered something called ‘a perfect competition market’. Economists call this a market, where there are many small companies, which offer almost the same goods and all of them are ‘price takers’, which means they are only able to sell their goods at the current market price. Economists also say that on this market there is no economic profit. Why is that? Simply put, the competition ‘eats’ the profit, leaving the companies with very little money, which only allows them to support the existence of the business (they call this ‘an accountant profit’).

Do you like the perfect competition market? Me neither. So, the fundamental lesson 1:

The term “Trajectory” comes from the business analysis. Basically, the development of an industry follows 4 steps – Fragmentation, Shakeout, Maturity and Decline. The terms used here come from a framework, developed by a group of Harvard scientists, but there are many others similar frameworks, representing the same idea.

All industries go through a similar cycle. In the beginning – the first two phases – the industry is developing, new players enter the market, new consumers enter too, there is and increased demand of the service/good, there are investments in the industry, profit margins are high. Industry is a good place to be.

During the Maturity phase there is a saturation of the demand and the trajectory goes flat. Simply put, people stop buying and some of the producers quit the market. Prices of the product go down, so do the profit margins. Finally, during the Decline phase, there is a decline in the trajectory, many companies get out of the market, the competition increases most people lose interest in the product, profits go down dramatically. It is time to quit this business.

Look for an industry that is a new industry. You can choose even a perfect competition market under certain circumstances.

These are two very simple rules. Avoid perfect competition and look for raising industries. Although simple, they could spare to any beginner in business lots of troubles.

Bread production was both an old industry, functioning under a perfect competition environment. Had I had any chances? I don’t think so.

What about the IT sector? Is it a perfect competition industry? I think it is. However, its trajectory is still pointing up. There is one very simple reason behind that. According to some statistics, for the last several years, 50 cents of any newly invested dollar has gone to the ICT in industry. That means a LOT of money. Is it a good place to be? Certainly. Until the trajectory hits the plateau.

We use cookies from Google to ensure that we give you the best experience on our website. If you continue to use this site we will assume that you are happy with it.Ok